WRAPPING UP DAY ONE OF THE WSTFA ANNUAL MEETING 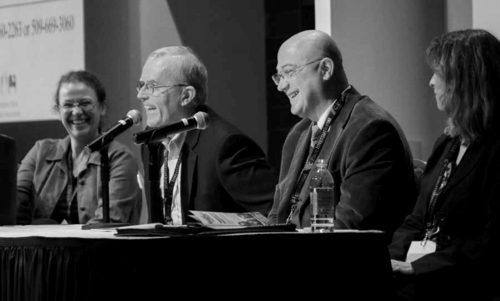 Washington growers will begin the first plantings of the new Washington State University variety WA 38, which will be known commercially as Cosmic Crisp.

Orders for 2019 have not yet been finalized, but demand is anticipated at about 3.1 million trees that year. In addition, after 2017, some growers may begin top working trees to WA 38 as well.

In preparation for those plantings, researchers and industry insiders shared what they know about the variety for planting, growing, harvest and storage.

The variety is prone to produce a lot of blind wood, and if growers don’t prune a lot at the beginning, they will experience problems, said Stefano Musacchi, tree fruit physiologist at Washington State University’s Tree Fruit Research and Extension Center in Wenatchee, Washington.

He recommended employing the “click” method of pruning (see the June 2016 issue of Good Fruit Grower for more on this pruning method).

Tom Auvil, research horticulturist for the Washington Tree Fruit Research Commission, advised growers against mechanical or chemical thinning Cosmic Crisp until it is reliably cropping, which may mean only hand thinning in June. “If you thin a little, you may thin a lot,” he said.

If managed correctly, Cosmic Crisp has the ability to be a one-pick variety, but growers should consider light in the canopy, said Ines Hanrahan, projects manager for the Research Commission.

If growers build a narrow fruiting canopy and allow even light distribution, allowing for even coloring, growers should be able to pick the fruit in one sweep.

Toward that end, she recommended growers beware of leaf margins, which can block light from reaching the fruit. 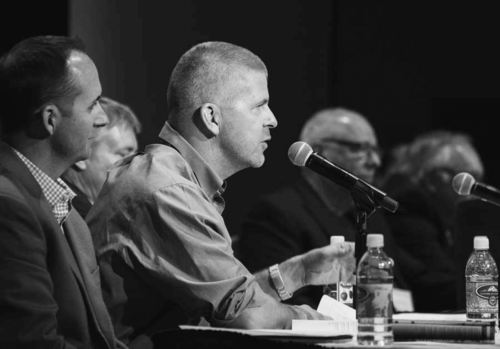 “WE SHOULD BE THE SILICON VALLEY OF THE APPLE INDUSTRY AROUND THE WORLD,” ROBERT KERSHAW. (PHOTO COURTESY OF TJ MULLINAX, GOODF FRUIT GROWER)

Robert Kershaw, president of Domex Superfresh Growers and chairman of the WA 38 marketing committee, expressed concern that the high number of plantings will mean an estimated 9 million boxes of apples hitting the market within the first few years.

“This is all new territory, and if anybody tells you this is going to be easy, they’re in dreamland,” he said. But he noted several positives: The industry is working together, there is transparency about volumes, and it’s a good apple.

“We’re gambling that the consumer will vote on Cosmic Crisp, and it is a gamble. Let’s be clear on that,” Kershaw said.

Washington growers will have a 10-year head start with the variety, before other growers in the U.S. can begin planting. However, WSU has begun the process of licensing international growers to protect its patent internationally.

WSU’s U.S. plan patent was issued in 2014, but it does not apply internationally, said Albert Tsui, WSU patent attorney.

As a result, the university has sent WA 38 budwood to several countries for quarantine to protect their patent and has licensed its first international grower — in Italy — to begin planting in 2019.

About 6,000 trees will be planted there, and the growers will only be allowed to market in the European Union or North African countries that border the Mediterranean Sea.