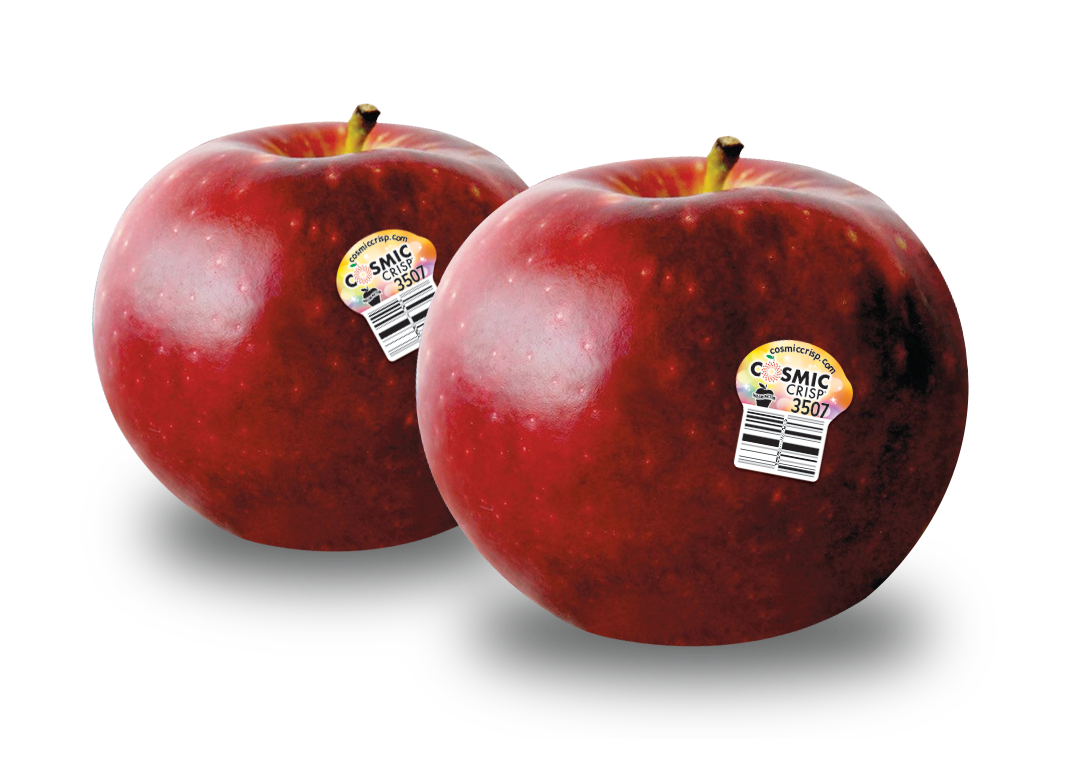 Cosmic Crisp® brand apples are a cross between ‘Enterprise’ and ‘Honeycrisp’. The large, juicy apple has a remarkably firm and crisp texture. Its exceptional flavor profile provides ample sweetness and tartness, making it an excellent eating apple. In addition to being delicious, it is slow to brown when cut and maintains its texture and flavor in storage for more than a year.

The apple variety is the latest edition of Washington State University’s world-class tree fruit breeding program. WSU distributed the first trees to farmers in the spring of 2017, and consumers will see the first Cosmic Crisp® apples arrive in stores in December of 2019.

With the help of skilled moderators, we can drill down into what consumers think about a new variety and what brands create an emotional connection with them.

Naming the apple involved several meetings with focus groups around the state with sessions in Pullman, Yakima and Seattle. 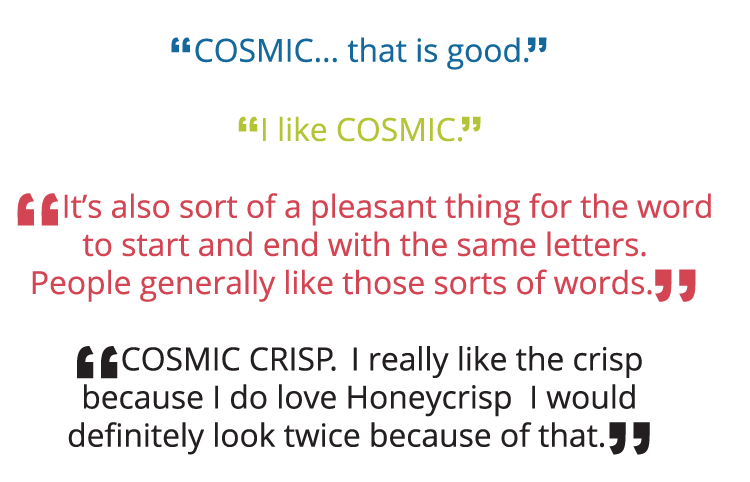 Finding a brand that resonates with consumers is a critical initial step in developing a new variety.

Naming the apple involved several meetings with focus groups around the state with sessions in Pullman, Yakima,  Seattle. The “Cosmic” factor in the name was developed because of the striking lenticels on the apple surface. Those little spots look like starbursts to some and consumers are believed to be drawn to names relating to outer space and the cosmos. One of the outstanding attributes of the variety is its crisp texture. “Crisp” also links to its parent, ‘Honeycrisp’. Playing off the name Cosmic, the logo and imagery were cleverly created with the galaxy in mind.

Designing distinctive logos and packaging designs is also important when differentiating between all the new varieties that consumers are presented with at the retailer.

Playing off the name to create logo & imagery:

When the first logo design and concept art were presented for consumer polls, the connection was floating too far in outer space.

To bring the appeal of the cosmos closer, we began a second round of logo designs.

Playing with a cosmic style, multiple logos were designed to see how a space theme could be brought to life through the logo.

With the top few designs chosen, floor displays were designed to show how the logo and artwork could create an out of this world feel that still resonates with consumers.

With a quick favorite apparent, additional packaging and web design were created to show the versatility of the logo design.

Once our Cosmic Crisp® consumer tests were complete, the final logo and design were applied to floor displays, different packaging options, and a website.