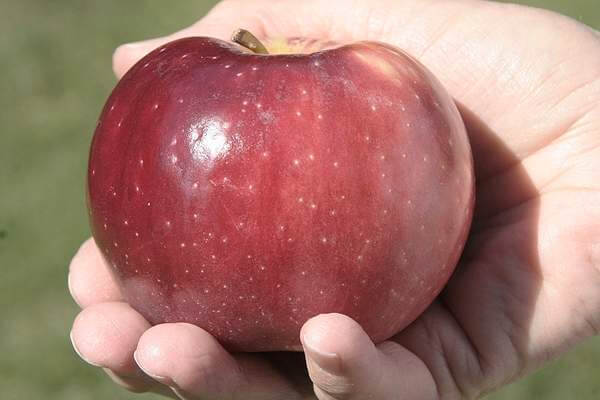 The Cosmic Crisp Has All The Makings Of A Super Star And Will Replace Red Delicious And Other Varieties Whose Popularity Has Flagged In Recent Years.

The Washington state apple industry is re-inventing the way it does business. The industry is investing hundreds of millions of dollars in a radically different strategy for introducing a new variety of apple, the Cosmic Crisp.

A cross between the Enterprise and the Honeycrisp varieties, Cosmic Crisp is easier to grow and store than most other varieties. Most importantly, consumer focus groups have given it top ratings for taste and texture.

The Cosmic Crisp has all the makings of a super star and will replace Red Delicious and other varieties whose popularity has flagged in recent years.

Apple varieties typically take many years before they reach a critical mass. The Cosmic Crisp’s introduction will shift that process to fast-forward. This spring about 50 Washington growers chosen in a drawing planted 630,000 Cosmic Crisp trees. About 10 million more trees will go into the ground in the next two years.

The main question that remains is price. Assuming consumers are willing to pay a premium price similar to what they pay for Honeycrisp, the new apple will become a success. But even at lower prices the Cosmic Crisp will be a boon to the industry.

The Cosmic Crisp is different because it was developed by Washington State University breeders. That allows WSU and the state’s apple industry to retain control of it and the royalties it generates.

The royalty is $1 for every tree sold and 4.75 percent of the price of every box that sells for more than $20. One-fifth of the royalty will go to commercializing and promoting the apple.

Most importantly, half of the royalty will go to WSU plant breeding programs, with most of that going to apple breeding. The remaining royalty will go to the WSU Office of Commercialization, the College of Agricultural, Human and Natural Resource Sciences and the breeders.

This investment in turn will establish a bigger pipeline for developing more new apple varieties in the future.

Our hope is the Cosmic Crisp will be a roaring success, but our further hope is that success will provide the resources that allow WSU’s plant breeders to develop important new varieties of apples and other crops.

That’s a bold statement, but it’s also one that’s achievable.