TREES FOR NEW “COSMIC CRISP” APPLE GOING INTO THE GROUND 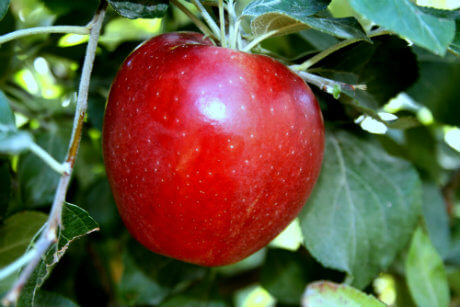 PROSSER, Wash – Hundreds of thousands of trees bearing a brand new variety of apple are going into the ground in Eastern Washington. It’s the first major apple variety ever developed in Washington.

It’s called the Cosmic Crisp — a cross between an Enterprise and Honey Crisp apple. “I think it’s going to be one of the major apples in our industry,” says Dave Allen, of Allen Brothers Fruit. He has been growing and testing the Cosmic Crisp for about six years now.

The apple was developed by WSU researchers, and this spring 600 thousand commercial trees are being planted in orchards in Eastern Washington. “Well it’s a very wonderful apple. It’s a sweet, tart apple, it stores a long time, it doesn’t brown very much and it’s a very delightful apple,” says Allen.

There are orders for five million trees next spring, three million the year after. WSU says that is unprecedented.

At Yokes Fresh Market in Richland, produce manager Chris Campbell thinks the public is ready for a new apple. “It would be very exciting to taste it and see how it does. It’s always exciting to get something new and we’re all like that. Something new? Just gotta try it,” says Campbell.

The Cosmic Crisp is medium sized, crisp and sweet with a hint of tartness. The “Crisp” comes from it’s Honey Crisp roots. The “Cosmic” comes from the white speckling on the apple. “And it looks like it’s the stars, so that’s why they named it Cosmic,” says Dave Allen.

For at least the next 10 years Washington apple growers will have the exclusive rights to grow the apples. As for when you can bite in, the first Cosmic Crisps will hit the market in fall of 2019.