THE BUZZ IS GROWING FOR COSMIC CRISP

Cosmic Crisp has been a huge topic among growers for years, and now the variety is gaining profile in the general media. 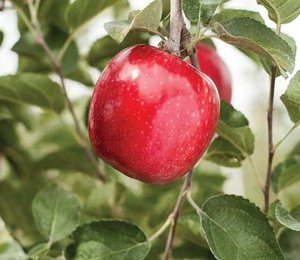 WA 38 DURING A PRE-HARVEST PREVIEW OF THE VARIETY IN PROSSER, WASHINGTON ON SEPTEMBER 17, 2014/ PHOTO BY TJ MULLINAX, GOOD FRUIT GROWER.

National Public Radio sent a reporter to Wenatchee, Washington, to interview growers and researchers about the apple. That’s helpful for Washington growers, who will have nine million Cosmic Crisp trees growing within three years.

Cosmic Crisp is exciting in several ways, for what it means to the industry and for its expected success with consumers. How marketers will engage consumers is described in our forthcoming June issue. Meanwhile, here’s what NPR said about the apple.