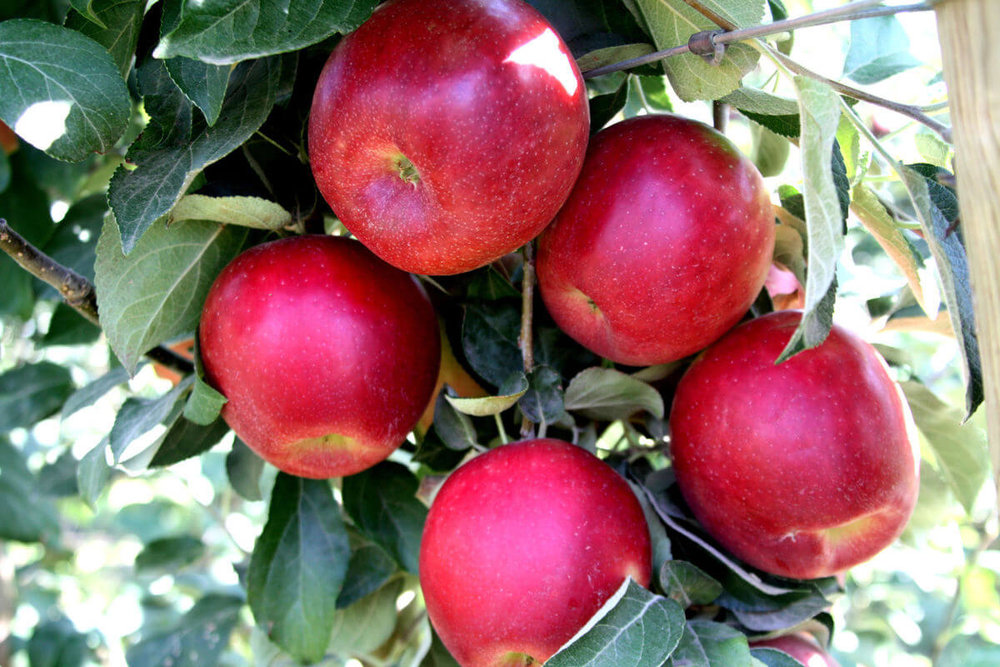 Apple orchards continue to expand in Kittitas County as fruit companies buy hay fields and replant them with new, and never before seen, varieties of fruit. 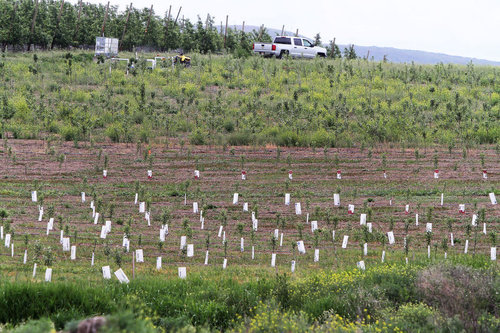 A big reason for the change is because of the weather conditions in Kittitas County, which are milder than areas like Yakima, said Rafael Garcia, area manager for the Zirkle Fruit Company in Kittitas County. Honeycrisp and similar varieties grow too big in hotter weather.

“The quality of the fruit that we’re picking is really good and that’s why we’re putting more orchards in here,” Garcia said. “Because the summer is shorter and we can control the size better.”

Zirkle Fruit Company has around 600 acres of land in Kittitas County and the company is putting in new orchards up on Payne Road, he said.

Next year the company might also start planting cosmic crisp in Kittitas County, Garcia said. A new variety of apple created by Washington State University that is a cross between the enterprise and a honeycrisp varieties. The company plans on establishing around 100 acres next year, but hasn’t decided the trees’ exact locations

Cosmic Crisp™ brand apples were created by the Washington State University tree fruit breeding program by crossing an enterprise apple with a honeycrisp. The apples trees will be released in a limited number to growers in 2017.

Propriety Variety Management was selected by Washington State University to market the new apple, she said. The variety has a more firm texture and crisp bite and so far has received positive reviews. It will be grown exclusively by Washington farmers.

“When I’ve eaten a cosmic crisp one of the things I like personally the skin is firm where it protects the apple,” Grandy said. “It’s got really crispy, firm, white flesh. You sink your teeth in it there is an audible crunch and then the burst of juice.”

The apple gets its name from the yellow speckles on its dark red skin, which almost look like a starburst pattern.

The main benefits to the fruit is that it stores longer than other varieties and is less susceptible to diseases like water core and bitter pit, she said.

“People really love red apples and they will be available year round and in a large enough supply that we can really fill orders with the large retailers across the country,” Grandy said.

Washington apple growers needed a new variety of apple to excite the market, she said. Interest in types like red delicious has started to die off, but Washington state still produces close to 70 percent of all the apples in the United States.

“Growers are pulling the trees out because the consumer taste buds have changed a lot and people want a firmer apple, a crisper apple and far juicer and sweet,” Grandy said.

There is a lot of potential for the apple to take off in markets both domestically and internationally, she said. Washington remains a prime region due to its healthy soils, warm days and cool nights.

About 600,000 to 700,000 of the apple trees will be planted this year. Next year that number will go up to 1.5 million and the trend will continue for several years to come.