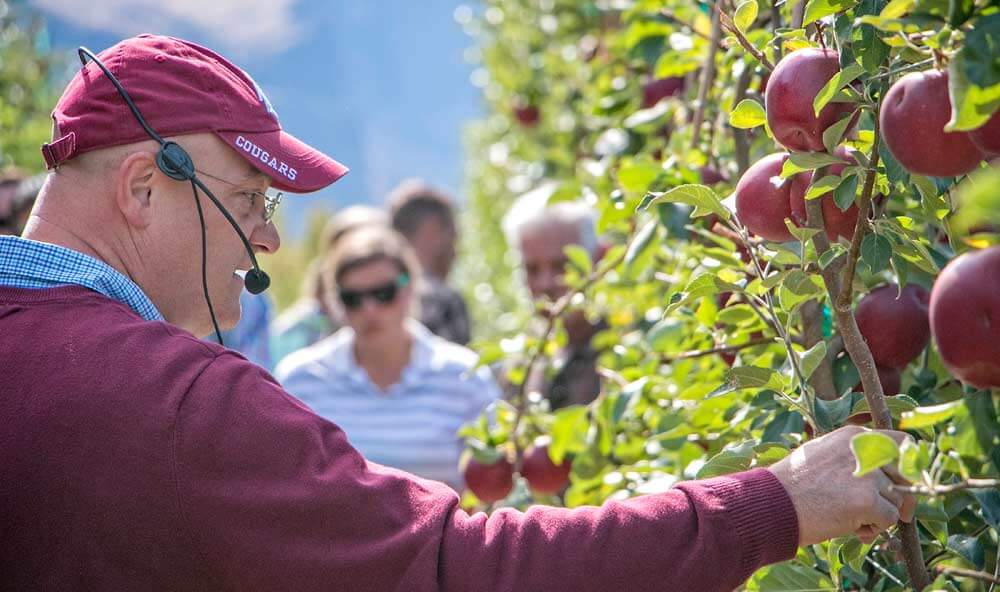 The first commercial trees were planted this spring of the new apple variety WA 38, following nearly a decade of research into the horticultural traits at four research plantings and the storage behavior of the fruit.

Developed by Washington State University and marketed under the brand name Cosmic Crisp, the WA 38 has unique behavior compared to most scion varieties.

Those of us who’ve worked with the trees in the field have found the variety to be grower friendly, but for those growers who’ve just planted their trees, here are the top five tips for the first year:

Never forget that WA 38 is a Type 4 tree that produces a lot of blind wood, and growers don’t want to sacrifice productive space to blind wood, particularly in a fruit wall. To avoid blind wood, you should…

It’s also important to remember that WA 38 requires a little bit more space, about 10 percent more, compared to other varieties. It’s a vigorous tree and needs adequate light for the bi-color fruit to color, so prune to allow more space to reduce the number of leaves and the amount of shade in the canopy. •

READ ARTICLE
Stefano Musacchi, Ph.D., is an associate professor and endowed chair in tree fruit physiology and management at Washington State University in Wenatchee, Washington. He can be reached atstefano.musacchi@wsu.edu.