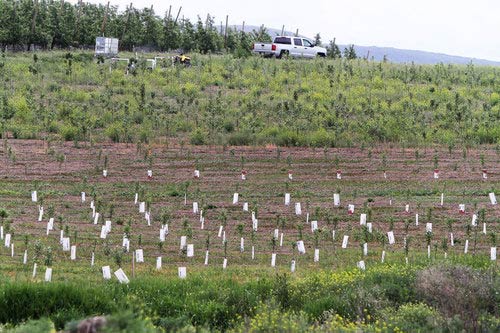 Cosmic Crisp® apples were recently featured in a Daily Record News article that discussed how hay fields in Kittitas are being bought and replanted with orchards.

Zirkle Fruit Company in Kittitas County found that weather conditions are milder there than in Yakima, and that leads to quality fruit.

In 2018, Zirkle Fruit Company is expected to plant the new Cosmic Crisp® apple that was created by Washington State University’s tree fruit breeding program. The Cosmic Crisp® has a firmer texture and more crisp bite than many other apple varieties, and it stores longer and is less susceptible to disease.

Read the full article: “New apple varieties and new orchards come to Kittitas” by Tony Buhr in the Daily Record.