Washington Beefs Up Education Ahead Of Plantings Of New Variety.

We’re getting close. Washington growers will plant the first commercial trees for the much-anticipated Cosmic Crisp apple in the spring. 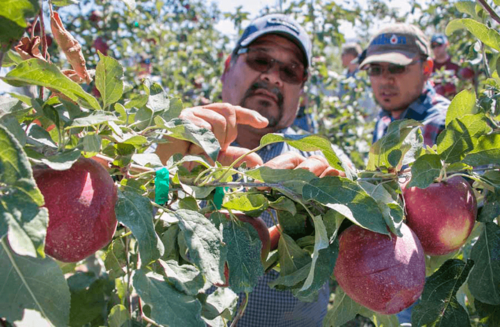 To keep up with the excitement, organizers of this month’s Washington State Tree Fruit Association annual meeting in Wenatchee are dedicating nearly an entire session to the WA 38 apple, sold under the trade name Cosmic Crisp, the latest variety released by the Washington State University breeding program.

“It’s one of the first real releases from the WSU breeding program, so we really wanted people to get a lot of information about it so they can make informed decisions,” said Sam Godwin, a Tonasket, Washington, grower and chair of the annual meeting planning committee.

Topics for the Cosmic Crisp session, which is scheduled for Dec. 5, will include recommended horticultural techniques, licensing and marketing.

In addition to the convention, researchers have been holding well-attended field days to share the latest information on growing and storing the variety, while nurseries are ramping up propagation to make their first deliveries later this winter.

“The timing is important because a lot of people are making decisions about whether to get involved with the new variety,” Godwin said.

Still, the education will be ongoing as field trials continue to yield more results, orchardist Dave Allan told a group of fellow growers at a September field day near Prosser, Washington. Grade standards are a work in progress, too.

“We are trying a number of different systems, and some of them are going to work well and some are not,” said Allan, who ran some of the trial blocks at Allan Brothers’ orchards. “And we’re in the process of discovery.”

Count him in as a booster though. He predicts the apple will become one of Washington’s most successful. “I think we all agree with that,” he said. “If we’re wrong we’re all going to have to go to dumb school, but we’ll all get there together. But I think it’s going to be successful.” 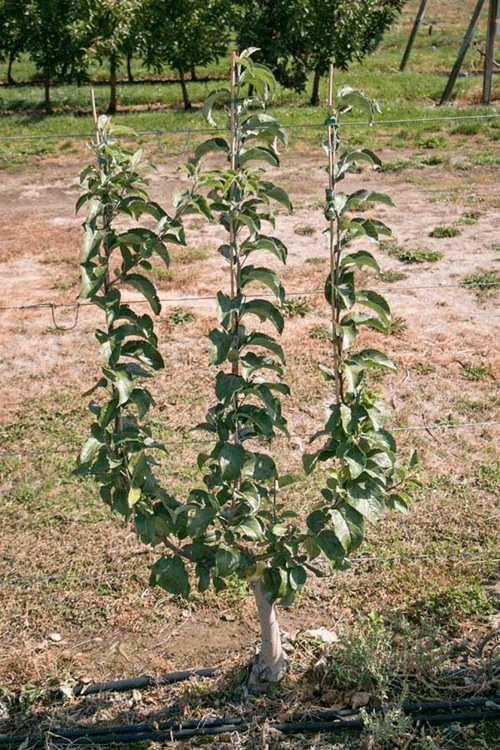 More Cosmic Crisp tips
Growers continue to glean tips and advice about growing the Cosmic Crisp as they prepare to plant the first commercial trees next spring.Researchers held two field days in mid-September to give growers a glimpse of Washington State University’s newest apple on trees at harvest time. The visits followed similar field days in April shortly after bloom.

The Cosmic Crisp, or WA 38, was developed by the university’s apple breeding program and, in the United States, will be grown exclusively by Washington growers for 10 years.

Growers will start the first commercial plantings in 2017 with more to follow in the coming years.

Here are several points researchers made during three Washington field days in Prosser, Quincy and Wenatchee:

—Don’t thin Cosmic trees until you have a full crop after three years or so.

The tree tends to thin itself down to single pieces of fruit with few doubles and virtually no triples, while fruit helps control the growth of the vigorous variety.

Karen Lewis, a Washington State University regional extension specialist, said she learned the hard way with a hand-held string thinner at the Roza trial orchard in Prosser. “I over thinned because I didn’t understand that this variety, this cultivar, tends to thin itself down pretty easy,” she said.

They share an allele in common with Cosmic Crisp, making them 50 percent incompatible. Researchers are searching for recommended pollinators specific to the Cosmic, but until then they advise using multiple sources, including Whitney crab and Snowdrift crab, and commercial varieties such as Granny Smith, Red Delicious, Golden Delicious or Winter Banana. Plant a pollinizer tree every 30 feet in every row.

—Cooling and shade is recommended but not essential.

The test blocks at Sunrise and Roza research orchards have no shading or overhead cooling and researchers are finding few sunburn problems. Commercial growers Stemilt Growers and Allan Brothers have used overhead cooling in their test blocks, which are several years older than the university’s blocks.