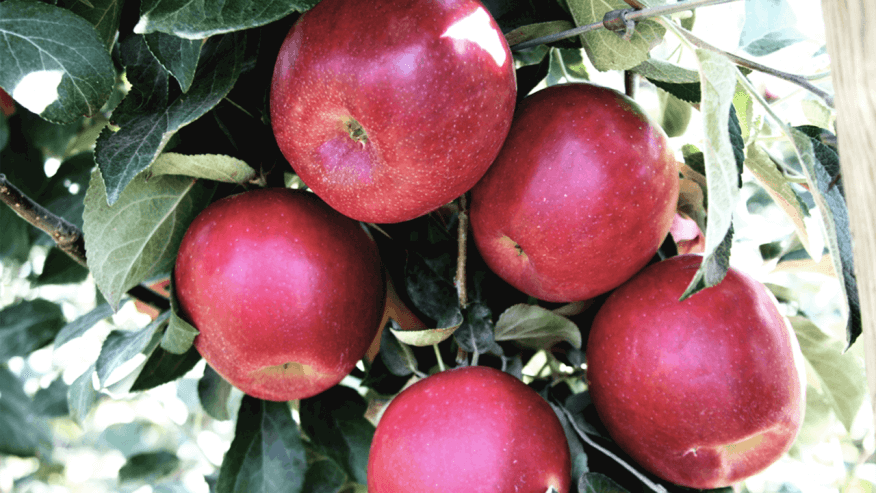 The Cosmic Crisp, named for the yellow star-like specks that dot its deep red skin, has become extremely popular with growers in Washington, who have already planted upwards of 12 million Cosmic Crisp apple trees across the state, reports NPR.

In fact, Washington farmers are so investedin the Cosmic Crisp, that they plan to deliver their first shipment of the new variety — 5 million 40-pound boxes — to supermarkets in 2019.

To put that into perspective, it took farmers around 20 years to reach the same output of Honeycrisp apples after they first hit the market.

“Hitting 5 million boxes right away, that’s never happened with any other variety that we’ve ever planted in Washington state,” said Scott McDougall, an apple farmer who spoke with NPR.

But why are farmers so confident consumers will love the Cosmic Crisp?

Well, for starters, experts say they’re incredibly crisp, and deliver the perfect balance of sweetness and acidity– plus they’re “slower to brown” than other apple varieties after they’re cut. What’s more, the apple trees themselves are hardier than other varieties, making them easier to grow and harvest. They also bear fruit at the same time as Red Delicious apples — which have grown less and less popular among consumers — making them a prime candidate for a replacement.

And when it comes to longevity, Cosmic Crisps are reported to retain their flavor for up to a year when stored properly.

However, developing the Cosmic Crisp apple wasn’t an easy undertaking. Bruce Barritt, who holds the patent on the apple variety, started working on the Cosmic Crisp over 20 years ago as part of an experiment for Washington State University fruit breeding program.

Now, Barritt is just hoping his efforts will pay off.

“They are my children,” Barritt told NPR. “Just like your kids who are 18 years old, we don’t know a lot about them yet. Four years from now, we’ll know whether they’re the real thing.”